A new cover and remix EP, ‘Bye Bye Boy 2564’, has been released to commemorate the 25th anniversary of the 1995 debut of classic J-pop artist Nanase Aikawa. The EP’s lead track, ‘Bye Bye Boy feat. P-Hot, Mindset and Milli (DeejayB Remix)’, is also available as a video on YouTube; this cover of the 1996 song features guest turns from P-Hot, a hugely popular rapper/singer whose track ‘Bye Bye’ has generated over 150 million plays on YouTube; Mindset, a content-maker with over 2 million YouTube subscribers; Milli, Thailand’s top female rapper; and DeejayB, one of Thailand’s leading beatmakers. In short, the track has been produced by a supergroup of Thailand’s youth-culture leaders.

The music video is set in a cyberpunk-style neon-lit bar, where two gangsters (played by P-Hot and Mindset) both fall for the same woman (Milli) when she appears at the bar counter, and begin fighting each other for her affections – by competing in rhythm games straight from a 1990s/2000s video arcade. The video is a nod to the history of the original song, ‘Bye Bye Boy’, while also using cool CG effects to create a near-future setting. The video was produced by BeatFarmBeat, who is a close friend of the song’s guest rappers.

The original song, released in Japan as ‘Bye Bye’ in 1996, was the second single by J-pop artist Nanase Aikawa. The song was a hit in Japan, and also made an unusually strong impression in Thailand, where, under the nickname ‘Bye Bye Boy’, it found fans of all ages and became an enduring hit in the clubs of Bangkok. The song was also a success in the West: It was covered by British artist Jennifer Ellison in 2004 and reached No.13 on the UK chart. 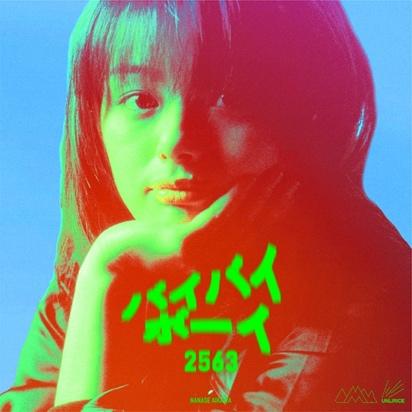