Check out this song-by-song guide to ‘SiX’, the new album from Japanese boy group Da-iCE – including their ‘ONE PIECE’ theme song!

Consisting of members Sota Hanamura, Yudai Ohno, Taiki Kudo, Toru Iwaoka and Hayate Wada, Da-iCE have been busy this past year. They have released a series of new music for six consecutive months since August 2020, with the guiding concept of delivering “entertainment to stimulate all five senses”. Their singles have been used as theme tunes for a variety of hit TV shows, including top anime series ‘ONE PIECE’ and Nippon Television drama series ‘Gokushufudo’ (‘The Way of the Househusband’); each release has also rocked the streaming charts, and received acclaim from critics and fans alike.

Since the COVID-19 pandemic made it difficult to hold concerts at the group’s usual high pace, they instead found ways to connect with their fans through regular music releases, online concerts, interactive video promotions and streaming.

Da-iCE’s new album ‘SiX’ is the culmination of these continuous releases. The album is titled ‘Six’ because it goes beyond the five senses to stimulate your sixth sense, too. It is also their sixth album.

Read on below for a song-by-song guide to all 13 songs, which include five chart-topping singles – all sung straight from the five members’ hearts. 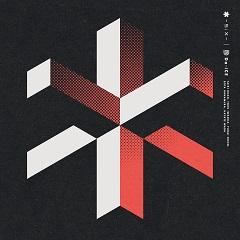 Sharing the album’s title, this track themed on the sixth sense draws listeners into the world of ‘SiX’. It opens the album on an uplifting vibe, with the danceable beat and impressive vocals that are unique to Da-iCE, and lyrics written by Taiki Kudo.

The fifth single in Da-iCE’s six-month series of monthly releases, ‘EASY TASTY’ is themed on the sense of taste. It’s a dance tune with a heavy dose of City Pop that conjures images of hitting the town at night. The lyrics were written by Taiki Kudo and Sota Hanamura.

‘DREAMIN’ ON’ was the first single in Da-iCE’s six-month run of releases, and was used as the theme song to the anime ‘ONE PIECE’. The lyrics were written by Sota Hanamura, about the importance of having friends and having dreams, and finding the courage to take a step forward. The members of Da-iCE are big fans of ‘ONE PIECE’, and Hanamura felt great pressure when writing this song; it didn’t feel real to him until he actually heard it playing during the anime’s opening on TV. The music video for ‘DREAMIN’ ON’ has accumulated over 6 million views on YouTube, and since the instrumental version of the song was made available for free, many fans have shared their own videos on YouTube and TikTok.

A song based on the theme of time. This pop tune was written by Toru Iwaoka, Sota Hanamura and Hayate Wada. With all five members singing in unison, yet with each of their voices distinctive from one another, it is a rich song filled with passion.

This song has multiple connections within the album. It was originally released as the bonus track with ‘DREAMIN’ ON’ at the start of Da-iCE’s six-month run of releases. It also combines with the next song on the album, ‘amp’, to tell two parts of a story: ‘Found it’ is a tale of “encounter”, while ‘amp’ depicts “parting”. The song was written and composed by Taiki Kudo, themed on the sense of sight.

The second single from Da-iCE’s series of 2020 releases, ‘amp’ features a mid-tempo melody and lyrics themed on the sense of hearing. Touching on love between adults and dripping with sex appeal, this is a very different, grown-up sound for Da-iCE. The lyrics were written by Taiki Kudo.

A song written by Takahito Uchisawa of the Japanese rock band androp. Featuring lyrics that translate as “The world will be full of love songs” in its chorus, this is a heartwarming ballad that is perfect for a cold winter’s night, making you feel the closeness that only love can bring. The lyric video to ‘Love Song’ boasts beautiful imagery as it follows a paper plane that flies through landscapes around the world, making for a great online vacation.

The third in 2020’s series of single releases, the music and lyrics to ‘image’ were written by Sota Hanamura, themed on the sense of touch and with a message of “the first touch of love, connected forever”. This is a tender love song that follows the story of love through first meeting to proposal, while its chorus delivers a memorable melody line over a range of three octaves. In a period of history when it is not always possible to touch one another, this is a ballad that reflects on the irreplaceable time spent with a lover.

The fourth single in Da-iCE’s six-month run, ‘CITRUS’ was used as the theme song for the Nippon Television drama series ‘Gokushufudo’ (‘The Way of the Househusband’), starring renowned actor Hiroshi Tamaki. ‘CITRUS’ is a rock ballad themed on the sense of smell, written by Taiki Kudo and Sota Hanamura. With heartfelt lyrics that sing of following the path you believe in no matter what, the pair sang with all their souls, delivering a powerful melody tinged with nostalgia that pierces the heart. In the three months since its release, the song has racked up over 10 million streams, and at the time of writing it has ranked for 53 consecutive days on Spotify’s Japan Viral 50 chart since November 16. On YouTube, the lyric video was played over 3 million times within its first two months, while the free instrumental made available via Da-iCE’s website has enabled fans to post their own versions on YouTube, TikTok and karaoke services.

A positive and stylish R&B number, ‘Special One’ is a song with light lyrics and a comfortable groove that lingers in your ears. On an album that offers many varied courses, think of this as the special dessert. The lyrics were written by Yudai Ohno.

A medium-tempo song with a beautiful piano melody, with music and lyrics written by Taiki Kudo. The lyrics evoke strong emotion, inspired by Kudo’s feelings for the group’s fans as they face hardship during the global pandemic. As such, it is a song that sings of the bond between the five members of Da-iCE and their fans – six sides of a dice, or six essential parts of a whole.

A self-cover of Da-iCE’s very first single, which was originally released in 2013, way back before their major-label debut. This newly recorded version closes out the album while allowing fans to reflect on how far the group have come since that first release.